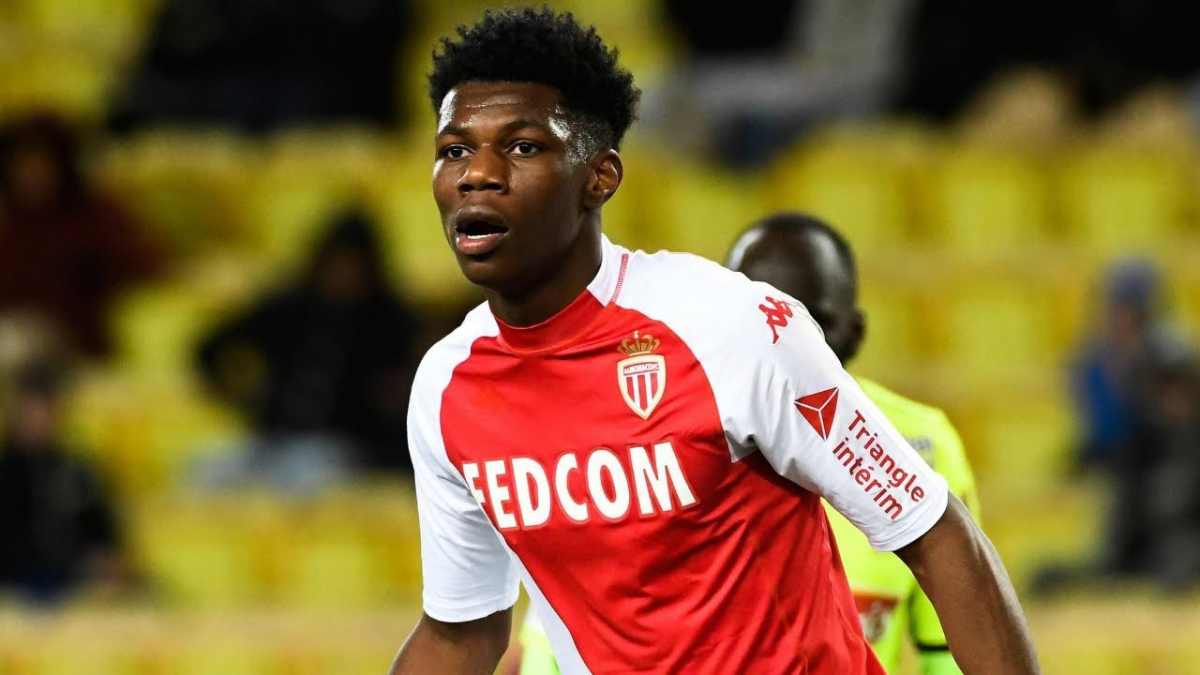 AS Monaco midfielder Aurelien Tchouameni, who is in high demand this summer has responded to rumors linking him to various clubs. While Real Madrid and Liverpool seem to be the frontrunners, Tchouameni has chosen to remain calm on the news. The 22-year-old is currently with the France national team for the UEFA Nations League. On the other hand, his agent is working to find the best suitors for his clients this summer. Moreover, Monaco has also anticipated the midfielder’s exit and is willing to part ways for an accurate fee.

Several teams have shown interest in Tchouameni after his breakthrough season for the French side. However, recent reports suggest that Real Madrid is leading the race to sign Tchouameni. The Los Blancos have even tabled an offer for him and are in pole position to land him. Furthermore, the player also reportedly wants a move to Madrid as he has set his heart on donning the famous whites of the club. But Liverpool is also in the fray and unwilling to give up on the Monaco star.

‘No decision yet’ says Tchouameni on Real Madrid, Liverpool links

Tchouameni recently featured for France in their Nations League game against Denmark. The youngster played a full 90 minutes as Denmark humbled the world champions 2-1. Tchouameni talked to Telefoot after the game, revealing his future plans. Though Real Madrid are in advanced talks with Tchouameni, the midfielder was tight-lipped over the same.

While speaking to Telefoot Tchouameni said,

“It (the rumours) doesn’t worry me, because it’s a position I’ve always wanted to be in. As long as the best clubs are following me, that means I’m doing good things”.

On further being asked whether he has made up his mind on his next club, the midfielder replied, “No, not yet.”

However, according to transfer expert Fabrizio Romano, Real Madrid is currently negotiating a deal for Tchouameni with Monaco. The French club has price-tagged their talented player with £68 million and won’t accept anything less than that. Real too are ready to pay that amount given the player also wants the move. Romano also claimed that the Spanish champions ‘feel confident and strong in negotiations’.

Nonetheless, Premier League giants Liverpool have not backed up on their chase for Tchouameni. Jurgen Klopp wants midfield reinforcements this summer and admires the Frenchman. However, the Merseyside club doesn’t tend to splash the cash on signings. Furthermore, Monaco’s rivals Paris Saint-Germain are also keen on Tchouameni. But the Ligue 1 champions are yet to open talks with the Tchouameni who only wants Real Madrid.

While the Parisians are ready to sign a cheque as big as £85 million, they will have to wait for a turn of events in the negotiations between Tchouameni and Real Madrid. Tchouameni has become one of the hottest prospects in the game and is available in the market this summer. The midfielder has certainly earned this through his scintillating performances for Monaco last season.