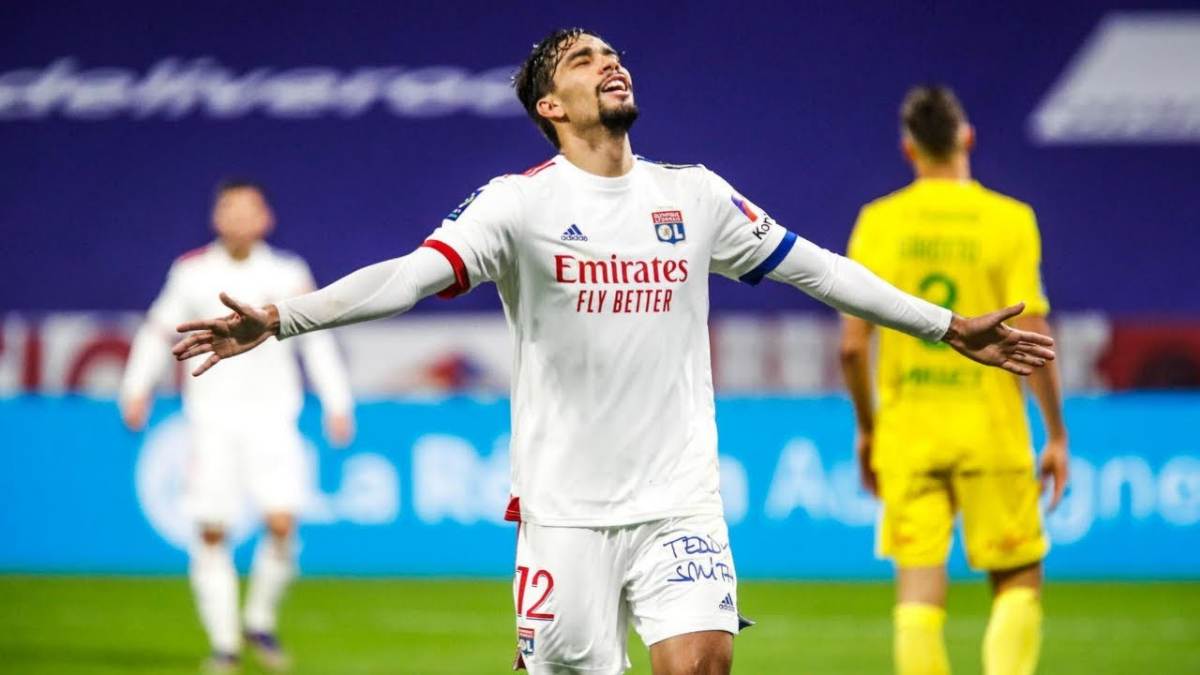 Manchester City are exploring the possibility of signing Lucas Paqueta this summer as a replacement for Bernardo Silva in the transfer window.

Paqueta has been linked with a move away from the French League this summer as Premier League clubs seem interested. Manchester City and Antonio Conte’s Tottenham Hotspur seem interested in making a bid in the window for the Lyon playmaker.

Tottenham had previously been rejected by the French club in an attempt to buy the player back in January. However, the possibility of them signing the Brazilian this window seems potentially higher but they will have to rival the Cityzens.

Manchester City player Bernardo Silva could also leave this summer and is heavily linked with Catalan giants Barcelona. This had made the manager Pep Guardiola think about adding more depth in the squad by finding a replacement.

The gaffer considers Paqueta’s profile as a suitable replacement to Silva if the latter is to leave this summer. Lyon president Jean-Michel Aulas has also confirmed that there have been offers on the table for the playmaker.

“There are offers for him. There are some players who can feel fully fulfilled in the project and others who are not,”

“Economically, we have the means to pursue our ideas and our objectives. The coach gave us his opinion and there is also what the players want to do.”

Manchester City is in pole position to sign the Brazil international in the transfer window. Paqueta has a contract with Lyon till the summer of 2025, however, a move this summer seems a real possibility.

Lyon will undoubtedly try to squeeze the most out of the deal and the Mancunian side could consider it. However, talks are still ongoing and concrete developments may take place in the next few weeks.