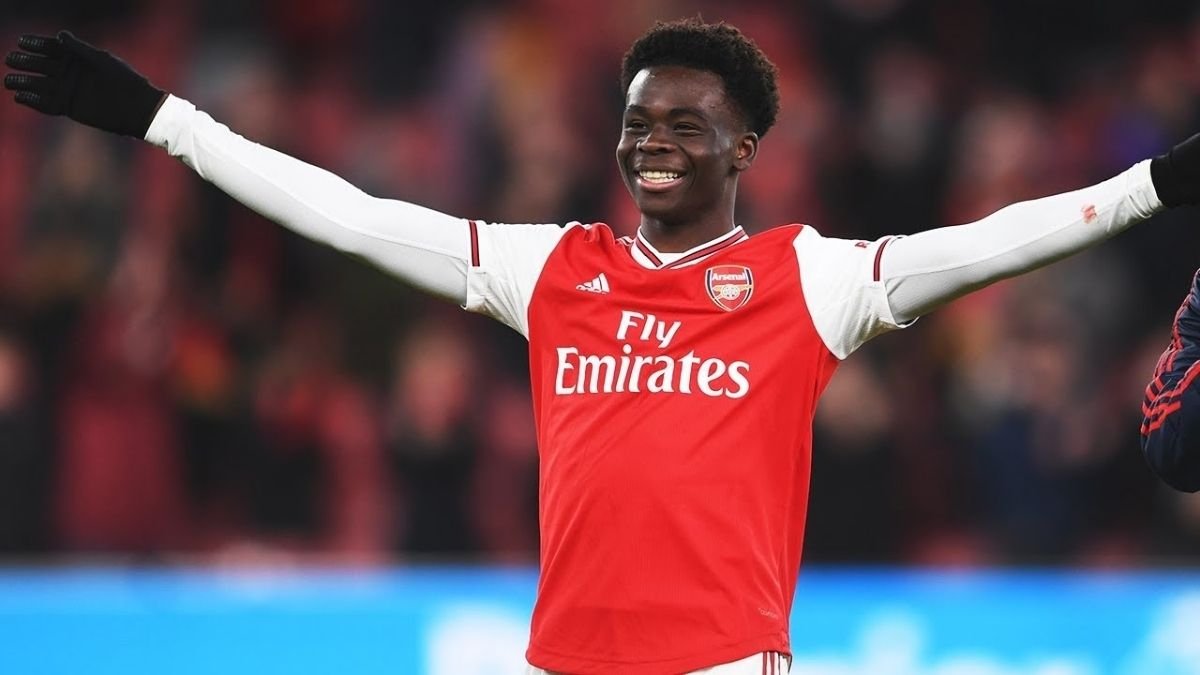 The latest transfer rumors claimed that Premier League champions Manchester City are planning a shock move for Bukayo Saka. City are going from strengths to strengths in reinforcing their squad with Saka reportedly next on their list. However, recent reports suggest that Saka is not on City’s mind for a summer transfer. But the club will make more signings in the upcoming summer market as confirmed by their owner himself.

City were once again crowned the Premier League champions, winning their 4th title under Guardiola. However, the club failed to deliver in the Champions League, getting knocked out in the semi-finals against the eventual champions Real Madrid. As a result, City are out to bolster their squad in order to lift the coveted trophy next season. With already a couple of deals completed, City wants more to beef-up the team. Saka’s name emerged as a potential target for the English champions given the winger’s astounding development at Arsenal. At just 20-years-old, Saka has already established himself as a crucial part of the Gunners’ team, often carrying the team on his shoulders.

Bukayo Saka has experienced immense success at his boyhood club Arsenal since making his debut for the first team. The winger came through the Gunners’ famous Hale End academy to become a key figure for the club. Moreover, it can even be argued that Saka is currently the best player in that Arsenal shirt. It is no surprise that City were tipped to have developed an interest in the league’s one of the finest talents.

Since making his debut in the 2018-19 season, Saka has gone on to play 131 games for Arsenal amassing 52 goal contributions. Those include 23 goals scored and 29 assisted by the England international. Saka has just 2 years left on his current Arsenal deal with an option of one more year. The North Londoners will certainly trigger the option which will then keep their golden boy at the club till the summer of 2023. City were speculated to be keeping tabs on the contract situation of Saka at Arsenal with a move in mind.

However, the sources close to the club have now confirmed that City have ‘distanced themselves from any rumors linking them to Bukayo Saka. City have already landed the superstar striker Erling Haaland from Borussia Dortmund. Further on, the Cityzens will also have young and exciting Argentine forward Julian Alvarez in the ranks. Guardiola now wants to concentrate on the midfield with a couple of targets already identified.

Manchester City believes they already have an abundance of firepower on the wings in Riyad Mahrez, Raheem Sterling, Phil Foden, and the £100 million jack Grealish. The club now wants to focus on strengthening their midfield with captain Fernandinho set to leave. On the other hand, City’s fierce rivals Liverpool are also tracking Saka. The Reds plan to make a move for the Arsenal star in near future. But as of now, Saka is going nowhere as he looks forward to a contract extension at Arsenal as confirmed by multiple sources.