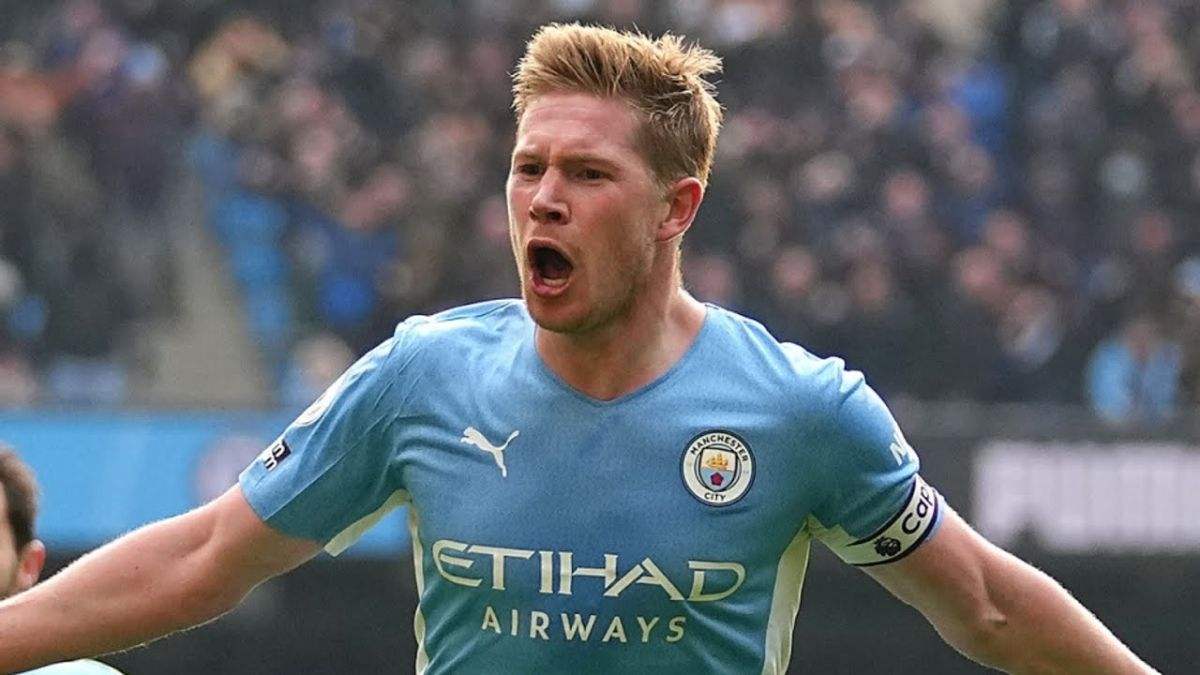 Manchester City won their recent Premier League game against Wolves 5-1. City midfielder Kevin De Bruyne won the MOTM after his scintillating performance by scoring 4 goals. Coincidentally, De Bruyne’s hattrick is one of the fastest in Premier League history completed in the 24th minute.

Manchester City are a step closer to winning the League as they continue their merry run. City are at the top of the table with 89 points. Whereas, Liverpool are trailing behind by 3 points at 86 points. Both teams have two more games with the title on the line.

However, City doesn’t seem like losing the title as they face West Ham and Aston Villa next. Even though West Ham does pose a threat, it does not seem likely City will drop points. Ever since their loss to Real Madrid in the Champions League Semifinals, City have been ruthless. They have been scoring constantly and winning by big margins.

Kevin De Bruyne spoke about Liverpool and respected his opponents and talked about West Ham during the post-match conference.

“It’s a little bit crazy the standards we both set, you can only respect it. They’ve played everything until the end of the season. We know how hard that is, and I think both teams have ultimate respect. We play hard, that’s the only thing that we can do. Now we have to prepare ourselves for West Ham and that’s not going to be an easy game. We’re going to try and go there and win the game. Whatever happens, we’ll see.”

Both teams have set up incredible standards in the League as they are very well above the rest of the teams in the League. The title race hasn’t been this close since back in 2018/19 when City won the league by a single point.