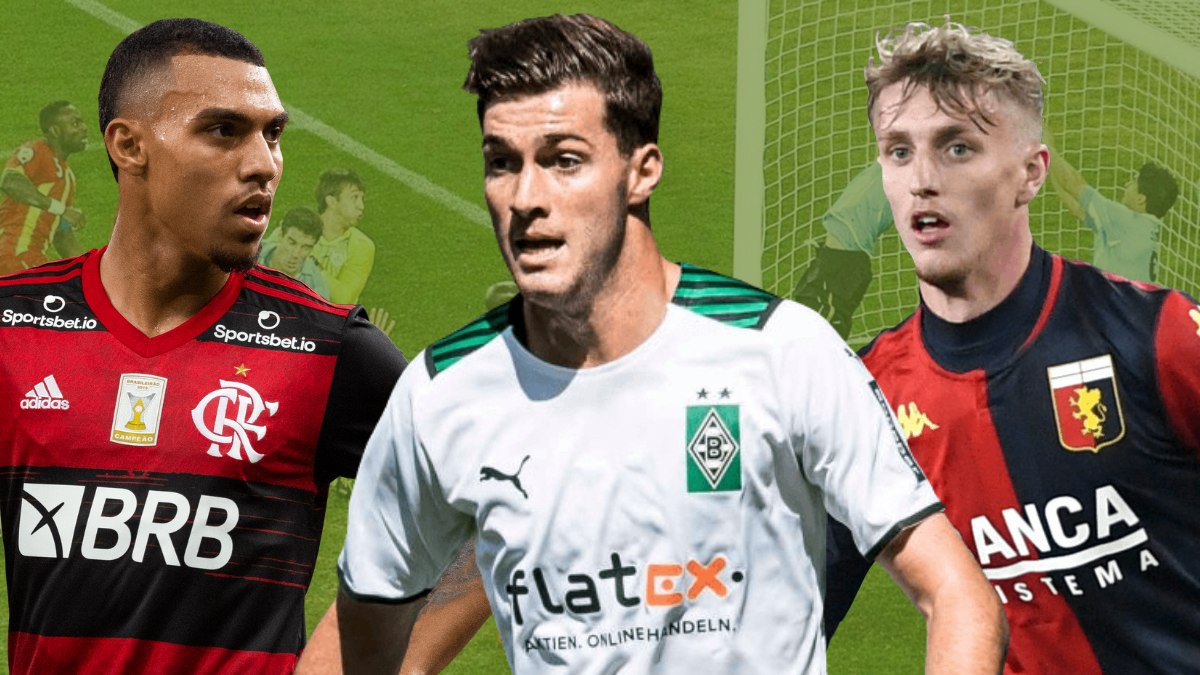 Young athletes are gaining more and more space in world football. Some fans love and adore these footballs rising stars to the point they became lottery players who bought football teams. So, check out five players who stood out in 2021 and should shine even more in 2022

Matheus França can play in the center aisle as a more attacking midfielder or in the lanes. It has physical and technical characteristics that make it a viable player in different positions. Endowed with great technique, great ball control and a good body mass that helps him protect the ball. He is also a player who stands out for the aggression that he also instills in defensive moments.

Matheus is certainly one of the youngsters to follow with greater attention, as 2022 could be a year of great affirmation for Flamengo.

Šeško is an 18-year-old Slovenian striker, who left Domzale to join Salzburg; they placed him in their satellite club FC Liefering, until he finally started to be more of an option in Salzburg this season, where he has played in 24 matches and scored 7 goals and 6 assists.

He is strong, quite tall at 1.93 m and unusually fast for someone of his stature. He can act both as an offensive reference. Also, he’s a player with a good understanding of the game. He has good shooting skills, an aspect that will only help him to have better numbers.

Šeško is yet another diamond cut in Salzburg and is starting to be in the spotlight. Already followed by the European sharks very closely and with a very promising first half of the season, a huge future is beginning to be foreseen for this Slovenian goal scorer.

18-year-old North American winger who joined Borussia Mönchengladbach in January 2021 through New York City FC where he was trained. 1 year later and with a brief spell in the German secondary team, Scally is currently one of the best figures in the German team.

Scally can play as a right-back or left-back, despite being right-footed, he feels quite comfortable playing with both feet, which is also why he is a very difficult player to press, having this ability also combined with the fact that he has a good decision-making ability. In the defensive moments, his height is more evident, 1.84m, which for a full-back is considered tall, he is corpulent and has a good stride, making him able to recover the position more easily.

This young North American, despite his young age, is showing great potential in a league as demanding as the Bundesliga and the signs are quite encouraging, to follow very carefully.

A 20-year-old young central midfielder, he currently plays for Genoa where he was trained, on loan from Juventus for the second season, thus opting for the continuity of the player’s development.

Rovella can either act as a pivot or further ahead, where he has been most played and grown in the game. He has excellent passing ability, makes good decisions showing intelligence on the pitch. He also has the ability to keep the ball moving, having a decent dribbling ability. His athleticism can hurt a little in defensive moments, despite not being a totally oblivious player.

2022 could be the year in which Rovella is finally ready to be an option at Juventus, he is a great talent that we still hope to emerge without a doubt.

From El Paso, Texas to Germany at age 18. The young North American striker will join German football this year, apparently to play for Augsburg, thus switching from FC Dallas to German football. Last MLS season he made 31 appearances and 13 goals, an impressive record.

There is no other way to put this. Ricardo Pepi is a true predator spearhead, a terrible headache for his opponents, finding the goal in the most diverse ways, through his speed and technique creating chances for himself, or finding spaces between defenders to get the ball. He is also a very hardworking striker without the ball, putting a lot of pressure on the carrier, earning many tackles and interceptions.

Ricardo Pepi is a name to keep an eye on for 2022. He is a vibrant striker who impresses us by the ease with which he scores, he is a great talent for the European football.

That was our list of 5 rising football stars. If you have a favorite that we didn’t mention, you can mention them in the comments.