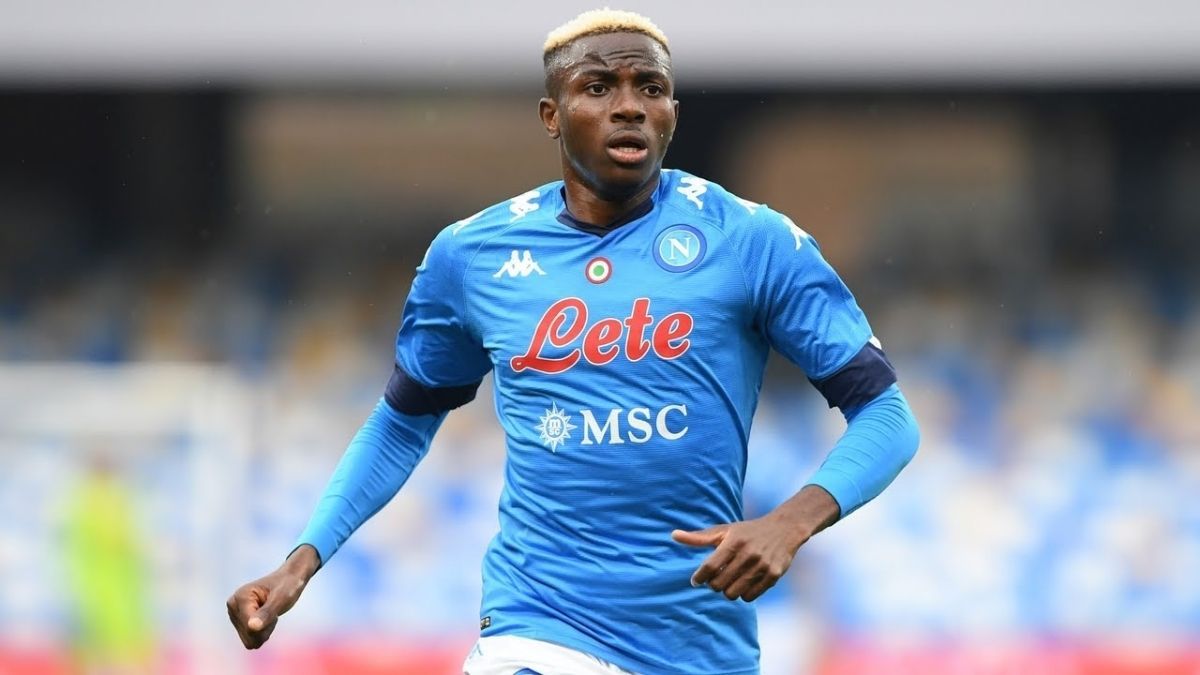 Manchester United has been strongly linked to Nigerian forward Victor Osimhen this season.

This was reported by an Italian journal Area Napoli. Moreover, the Mirror reports that the 23-year-old striker is valued at £80million by the Italian club. Ten Hag is eagerly searching for a new center-forward for the upcoming season. He wants a striker who fits his pacey tempo and ‘high-pressing’ style.

Their star striker Cristiano Ronaldo does not fit that role. Moreover, there is still uncertainty over his future at Old Trafford. Adding a strong, fast striker to their ranks is what the Red Devils are craving before the start of the season.

Osimhen perfectly fits the role and is apt to play for United.

However, United are in for no luck with the Napoli striker.

Victor Osimhen breaks his silence amidst transfer rumors with United

Osimhen recently voiced his desire in the midst of reports of United being strongly interested to sign him this season.

“I am in Napoli. And I have great respect for my club. They are just rumors of the market. I am fine here and I’ve never had such close relationships with everyone as at this moment. I spoke to the president, he is the one who decides, and he reassured me by explaining the club’s plans. I’m happy with what he told me and the purchases are of quality: words were followed by deeds. I am very happy to play with Napoli and we will see in the future.”

Therefore, it is clear that Osimhen is not going to sign for United in the foreseeable future. His addition to the United squad would have been very helpful and important.

Moreover, he possesses all the qualities to succeed in the Premier League.