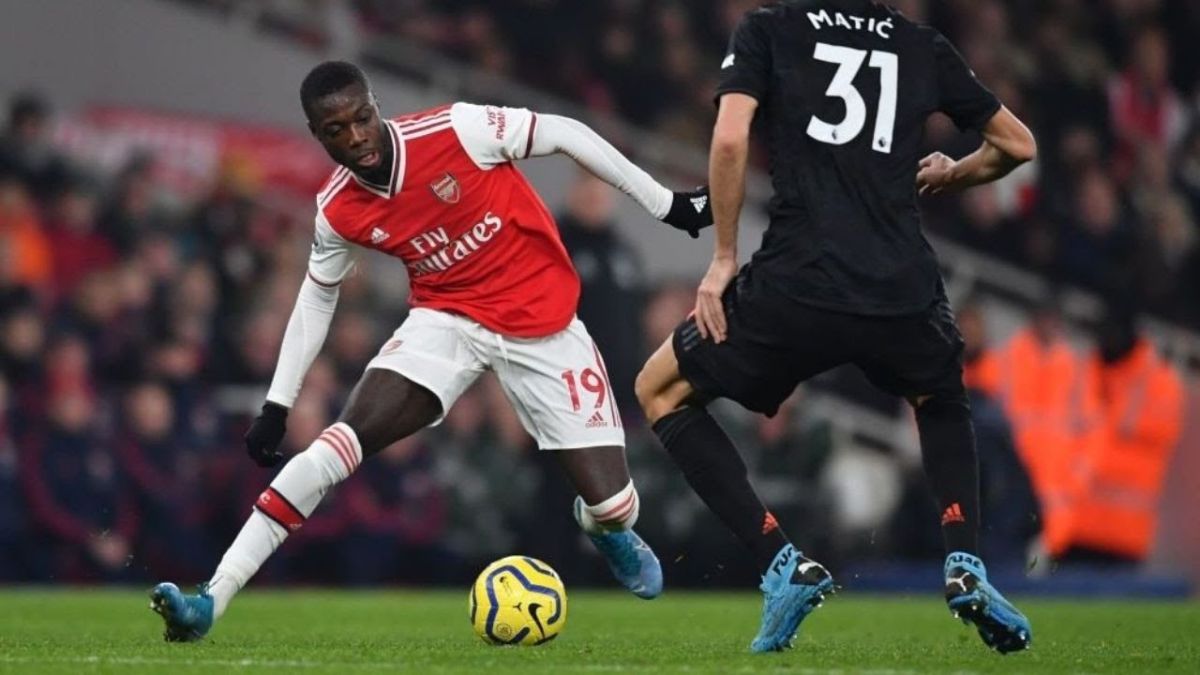 Arsenal are ready to offload Nicolas Pepe this summer and Leeds are named as a possible buyer for the Ivory Coast international.

Arsenal signed the 27-year-old back in 2019 at a record club fee from Lille. Pepe cost Arsenal an eye-popping £72million for Arsenal.

Unfortunately, he could not justify his price tag at the Emirates in the three seasons that he played for the North London club. He fell out of favor of Mikel Arteta as Bukayo Saka took over his right-wing position.

Therefore, he could only garner 20 appearances under his name, that too most of them from the bench.

Now, a host of reports have suggested his probable exit from the club this season. The Sun wrote about seven prominent stars that could be shown the door by Arsenal this season. Pepe could be one of them.

A Spanish media outlet has suggested where the winger could be headed for this summer.

Diario de Sevilla reports that Sevilla has shown interest in the player. It even said that the La Liga team was scouting the player when he was playing for Lille and his agent was even contacted this year.

However, Pepe’s £100,000-per-week wage could turn out to be a hurdle for the Spanish team.

This could be done if Pepe agrees to a wage cut to play for Sevilla.

Can Pepe be successful in Leeds?

Raphinha’s move to Barcelona has opened a possible move for Pepe in Leeds.

Leeds presently does not have a left-footed winger. Therefore, Pepe’s inclusion in the team would be beneficial to the Leeds team. Leeds have signed Luis Sinisterra from Feyenoord. However, he essentially plays on the left wing.

Therefore, Daniel James could be pushed to the left.

Signing, Pepe could both provide competition to James in that position and also as a replacement for the Welshman.