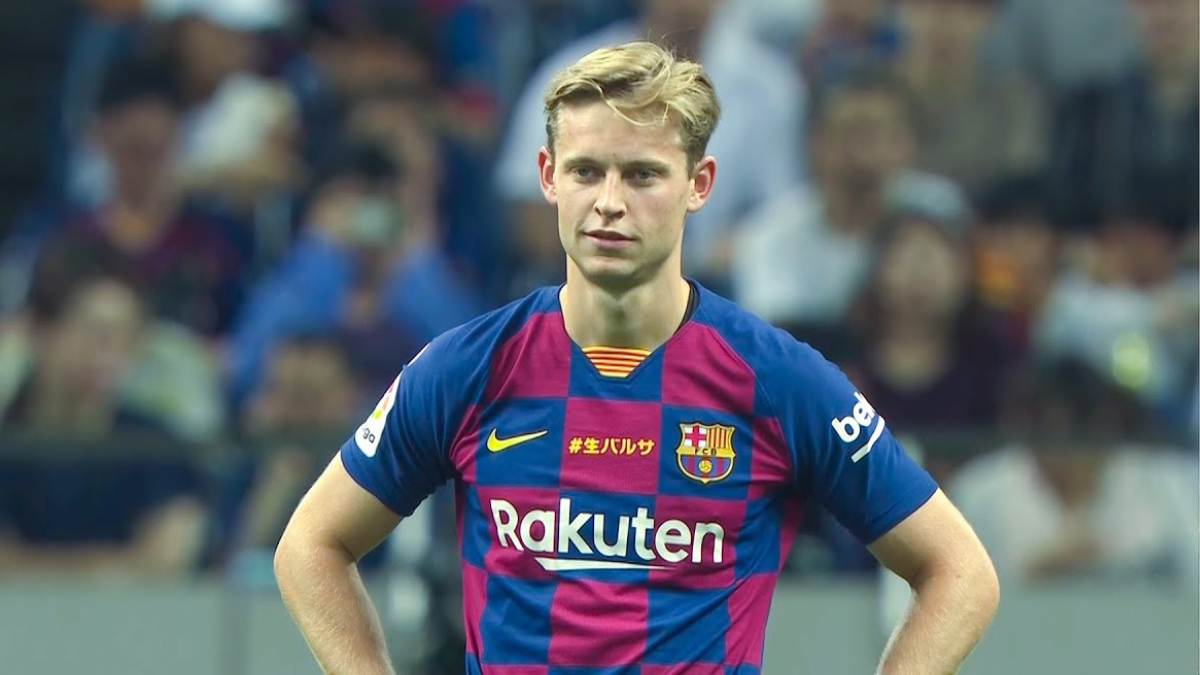 Frenkie De Jong has reportedly told his Barcelona teammates that he is staying in Spain. This comes amidst rumors of a potential transfer to Manchester United. The Red Devils had shown interest in signing De Jong ever since Erik Ten Hag became the manager. However, the 25-year-old wanted to stay at Camp Nou and rejected a move.

However, Barcelona wants to offload the Dutch midfielder as he is on high wages. Barcelona is currently in debt due to the Covid-19 pandemic. If the Blaugrana is to sign players they have to offload players in the Summer. Frenkie De Jong and Ousmane Dembele were a couple of players Barcelona was trying to offload. Although Barcelona was circling around Dembele and his contract, However, they extended his contract. This leaves Barcelona with Frankie and they want to ship him off with United interested.

The midfielder has lost his place in Barcelona as he was not able to find consistency during his time. Although he has always had a talent, He was unable to make an impact. Moreover the new manager Xavi prefers using Pedri, a generational talent. The Dutch midfielder is out of favor at Barcelona although he does not want to leave. Barcelona find him to be an extra addition to the squad, One that is eating up the wages.

Manchester United have shown interests in De Jong for along time. United have had the lack of a proper number 6 for some time. Ever since Ander Herrera and Marouane Fellaini left the club, United have not had the services of a proper CDM. United have tried several players who could not live up to their standards and the midfield has struggled. However they believe De Jong is the player who could fill the position.