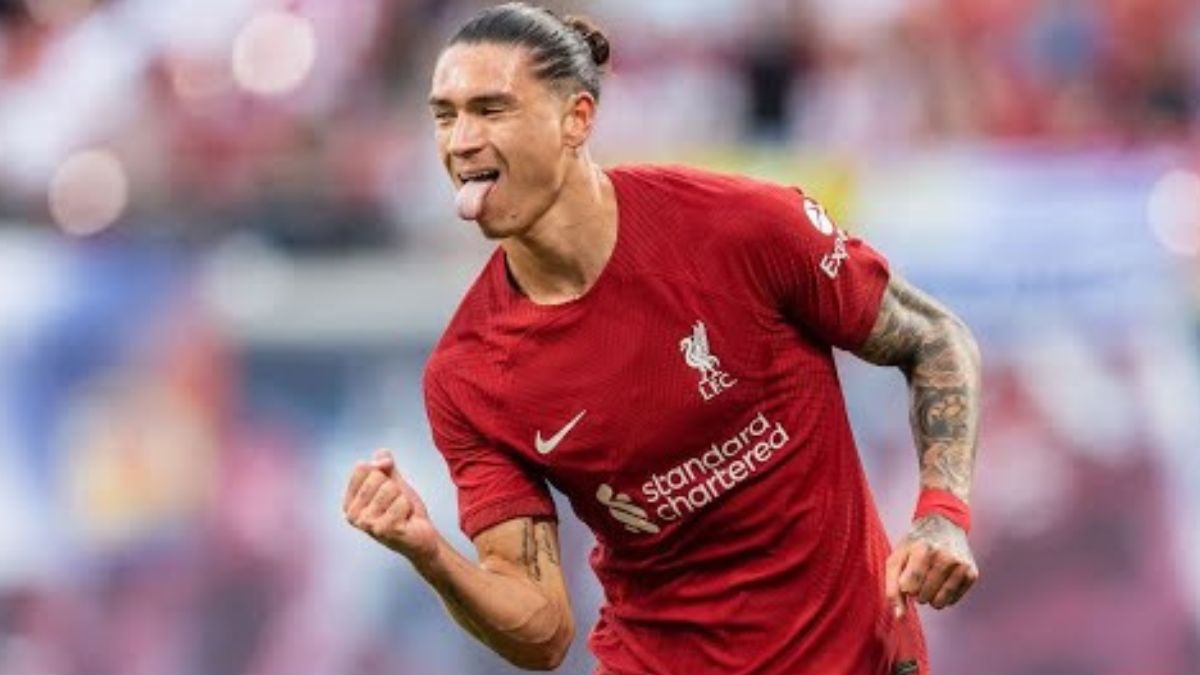 Liverpool made a strong statement after winning the Community Shield over the weekend.

They won this domestic cup after more than a decade.

Trent Alexander-Arnold, Mohamed Salah, and star addition Darwin Nunez were all on target for their 3-1 win against Manchester City. This result also meant that Liverpool have won every other domestic cup that is to be won under Jurgen Klopp. However, there were many things that went on the pitch which did not get the limelight in the match.

Those were ‘the back of the net’, the handball appeal off Ruben Dias, or the face of Ederson. Moreover, Nunez was full of energy from the minute he was introduced on the pitch in the last half-hour of the match.

Additionally, his quest for victory was very much evident in his actions.

The handball of Ruben Dias was initially cordoned off by referee Craig Pawson. This made Nunez sprint some 40 yards to the referee to inform him about a foul that was also unnoticed by the referee.

He spoke to the referee quite furiously. Then VAR asked Pawson to consult the pitchside screen which led to the referee changing his mind and awarding the penalty to the Reds. Though Liverpool were the ultimate victor, the match did not go too smoothly for the Merseyside club.

Adrian’s irresponsible passing did raise some hairs of the Liverpool fans. This led to Virgil Van Dijk having a fiery exchange with the goalkeeper. However, things cooled off soon after and Adrian ran the full length of the pitch to celebrate Nunez’s goal.

On the other hand, Van Dijk created a fierce ‘outrage’ in the City players while showing some sportsmanship.

He made an important interception from Ederson to Haaland to start the game immediately after Salah scored from the spot-kick.