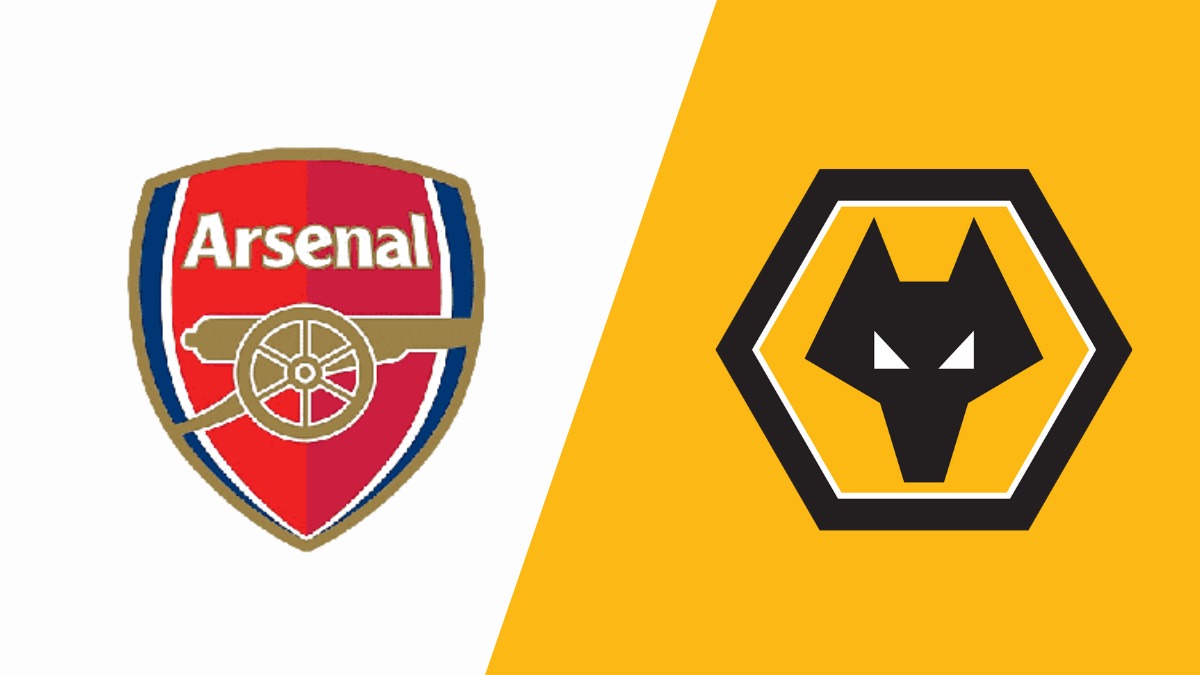 Arsenal secured a massive win against the Wolves as Mikel Arteta’s side held on to their lead with 10 men in the last 26 minutes of the game. We will be talking about the Arsenal player ratings.

Arsenal took the lead in the 25th minute of the match. The Gunners lead through a scrappy Gabriel goal which came off Alexandre Lacazette. Wolves had the ball in the back of the net once but it was ruled out due to offside. Gabriel Martinelli was sent in the 69th minute of the match when he unnecessarily acted rash. The explosive winger was shown two yellow cards in quick succession. The Gunners held on to their lead and managed to take home all three points.

Arteta’s side now finds themselves 5th in the Premier League table, 1 point off West Ham but also with 2 games in hand. Wolves on the other hand remain at 8th. with 2 points off Tottenham and 4 clear of Brighton.

Aaron Ramsdale (GK) – 7/10 – Some excellent saves keeping Arsenal in the game. Didn’t have to do much in possession as he had to play long often.

Cedric Soares (RB) – 7/10 – Cedric had a pretty solid game in Tomiyasu’s absence. He defended his side well and got up and down the line all game.

Benjamin White (CB) – 7/10 – Defensively this was a solid game from White, who stood his ground against technical opponents and was composed in his one-on-one duels.

Gabriel (CB) – 8/10 – Got his goal and defended his box well, having started the game slightly off colour early on. Had to stand tall on several occasions.

Kieran Tierney (LB) – 6/10 – Most of Wolves’ joy came down the left side where Tierney, without being beaten, was indecisive in his defensive actions. On the ball, he wasn’t quite at usual sharpness either. Grew into the game though, and had a solid second-half showing.

Thomas Partey (CM) – 8/10 – Partey collected possession with confidence and had the willingness to turn and play in his teammates further forward. Defensively he did his job impressively, getting into the box to make some vital interventions and managing the transitions.

Granit Xhaka (CM) – 7/10 – Kept popping up at left-back again in this game, one where his influence was heavily angled around defensive duties. He got himself in the box to cover dangerous situations well.

Martin Odegaard (AM) – 7/10 – When Odegaard started getting on the ball is when Arsenal started looking threatening. Some of his turns were delightful and it was his combinations with Saka and Cedric that was the best outlet for Arsenal.

Bukayo Saka (RW) – 6/10 – One of his quieter nights, but Arsenal’s better moments came when he combined with Odegaard down that right side. That nutmeg and dribble were sublime.

Alexandre Lacazette (ST) – 5/10 – Wasteful when the opportunity arose. There was one moment in the first half when he should have connected with a Cedric cross, and then after the break, he squandered threatening moments in the box. The worst, however, was the glorious opportunity just after going down to ten men.

Gabriel Martinelli (LW) – 4/10 – Didn’t get into as many goalscoring opportunities as he would have wanted but busted a gut all over the pitch. However, the red card was the nail in the coffin. First, he obstructed a throw-in and then tackled someone from behind, getting two yellow cards in the same incident.

Emile Smith Rowe – 6/10 – Tried his best to relieve the pressure off his teammates with some drives in possession. Didn’t get much help from others, especially Lacazette.

Rob Holding – 7/10 – Defended deep in his box as the middle of three centre-backs, with some solid work in the air. He made nine clearances in 19 minutes.