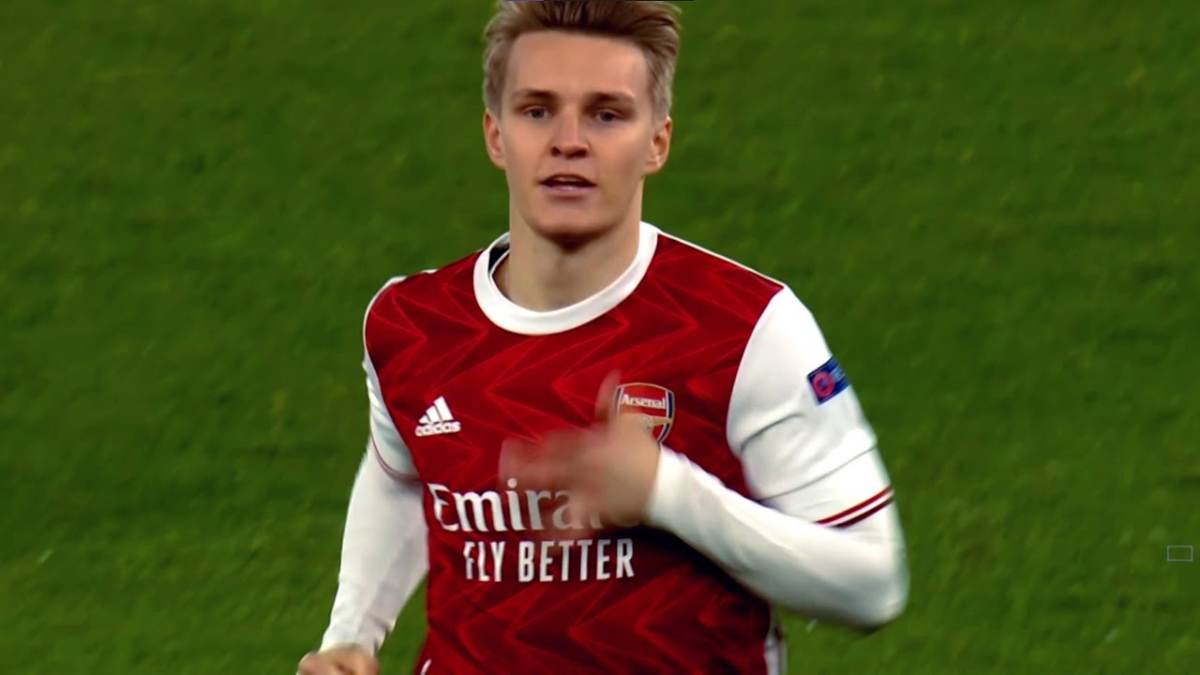 Alan Smith praised Martin Odegaard after Arsenal‘s game against Leeds United. Arsenal ended up winning the game 2-1 and Odegaard played a key role in the victory.

Arsenal are on a high after winning several back to back games. The youngsters have been the game changers for Arsenal as they stepped up in vital moments. Players like – Emile Smith-Rowe, Bukayo Saka and Martin Odegaard have impressed everyone with their performances. Moreover, Their performances have almost secured a top 4 spot for Arsenal. Arsenal would be back in a competition they haven’t played since 2017.

Alan Smith has showered praise for Martin Odegaard after the game against Leeds.

“What a signing he was! £30 million. They could double the money easily now for Odegaard.”

Interestingly, This was not the first team Alan Smith spoke highly of Odegaard. In fact, After the game against Burnley where Arsenal won 1-0 thanks to an Odegaard free-kick, Smith was full of praise.

“I was thinking about Odegaard before when we were losing games, and he’s joined the club, and he must be thinking, ‘how’s this going to pan out?’ Wondering whether he’s made the right decision, So, that would have encouraged him a lot, the fact that they’ve got a couple of wins, and he scored a goal, he’s getting picked.

He’s a great talent, Odegaard, and he’s only going to get better. A young lad with great leadership qualities, he captains his country, so yeah, that was a nice way to win the match through him.”

Arsenal will be guaranteed top 4 if they are to win against Tottenham Hotspurs in their next Premier League game. However, This won’t be an easy task as this is the North London derby. Moreover, Tottenham are on the back of a brilliant performance against Liverpool which may have ruined their title hopes.